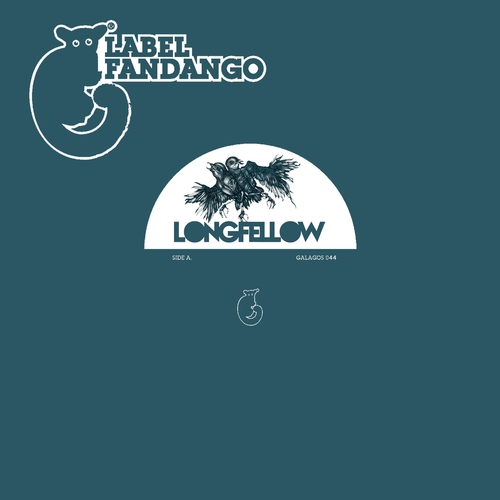 The Release: 'SIAMESE LOVER' / 'THE CONVENT'

Heroically crestfallen alt.popsters Longfellow may not be releasing their second single ‘Siamese Lover’ until January 27th but the promotional campaign inadvertently started way ahead of even their own schedule: in late October Longfellow supported Keane at their special anniversary show in Tunbridge Wells Forum and dazzled the keen masses; barely a week later they played such a vibrant set at the Shacklewell Arms that an impressed Steve Lamacq ended up playing 'Siamese Lover' on BBC 6 Music the very next day - a mere two and-a-half months before release.

Since then the single has been played across the circuit board from Amazing to Xfm and from Jo Whiley on Radio 2 through to BBC Introducing's Unsigned Band Of The Week on Huw Stephens in the first week of 2014. Pretty impressive for a new band with only one release beneath their collective belt - last summertime's 'Gabrielle' selfie - and even more so when one considers they haven't yet got a radio plugger. There's also a smashingly mysterious and faintly murderous 'Siamese Lover' video lurking over at www.youtube.com/watch?v=dF6SOF7GTkU

It all fits, too: if you like your music with an epic overview and a melancholic undercurrent then Longfellow could well be Your New Favourite Band. Five heartbreakers-in-waiting they consist of Owen Lloyd (vocals), Tom Warhurst (drums), James Thomas (electric guitar), Isaac Shiman (bass) and Ali Hetherington (piano / synth). They lurk in South London and create a modest, authentic and soulful mixture of indie and pop, bolstered by fearless melodies and large choruses.

'Siamese Lover' is released on January 27th on Label Fandango / fierce panda, thereby joining excellent releases by the likes of Desperate Journalist, Felt Tip, Feldspar, I Am In Love, Machine Room, The Starkins, Habitats and more. Having already kicked off 2014 with an appearance at a packed Pandamonium show in the first week of the year LONGFELLOW play their 'Siamese Lover' single launch party here: