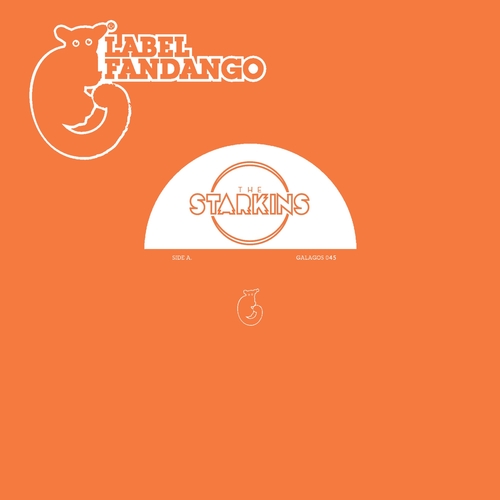 THE STARKINS hail from the Dearne Valley, Sheffield and consist of brothers Matt Elliss (guitar) and Jo Elliss (drums) together with Will Campbell (bass) and Andy Daniels (vocals). Most of the band are 19 years old, so even an indie simpleton's calculations would conclude that these people were just nine years old when a spotty-faced Arctic Monkeys started swinging out of High Green. Except drummer Jo. He's 17, so he would have been seven. The common consensus used to be that policemen are looking younger these days, but this is getting ridiculous.

Following many years of decline, the Dearne Valley region is now devoid of its coal mines, steelworks and single digit electropop dancemeisters. Roll on 35 years, and whilst the refrains from the youth may still reverberate to cries of "No future!" it does so with a cheeky grin, a 24 bit resolution rate and thwacking three part harmonies. Interestingly in 1995 the Dearne Valley officially became a regeneration area - how old are those pesky Starkins kids again?

Drawn together by a shared and profound interest in larking about and blatant youthful enthusiam for shoutalong choruses, the winter of 2011 witnessed the band's first live venture. To date the band have performed over a hundred dates in places like Adwick and Wickersly and Wombwell, unsettling and astounding many a clientele in the region's fading working men's clubs: "Firearms are not permitted on these premises by order of the committee" - wise words indeed. Two years into their chaotic journey that blatant youthful enthusiasm is now unleashed in recording sessions in the Republic Of Yorkshire's finest studios, such as Yellow Arch, and that profound interest in larking about manifests itself in artefacts such as the video for 'Roundabout' – their very first release - which sees them larking about enthusiastically at a suitably fun-looking funfair.

See, rather than dwell upon dreary grey skies, THE STARKINS' manifesto is simple - roll up the carpet, rock on to the stage and insanely bounce up and down to a melody-packed sweating racket. They promise you, feeling good never felt this good. 'Roundabout' showcases their raucous line of attack - consistently described as "infectious" by reviewers, their burgeoning international social media forewarns of a full blown pandemic. Team Fandango saw the Starkins play at the Buffalo Bar in the summer. Every song seemed to start with a typically tropical guitar riff and then every song seemed to burst into frenetic bouncing indierocking life like those spotty Arctic Monkeys channelling the live energies of a youthful Blur. It’s frenetic and it's hectic, yet while their average age may be three, they sound anything but a shambles, baby. Indeed, in terms of indiepunkpop heritage the one amazing thing is that THE STARKINS haven't gone the whole hog and called themselves The Lamacqs

The Wanted meets The Jam in this buzzing indie number that quickly pulls you in. It’s perhaps a little derivative of lots of different styles but it works as a rawer alternative to someone like The Vamps. With plenty of pop-punk and some raw attitude, this holds up as a great slice of pop with a little extra bite. (7.5/10) - All Noise Music Blog