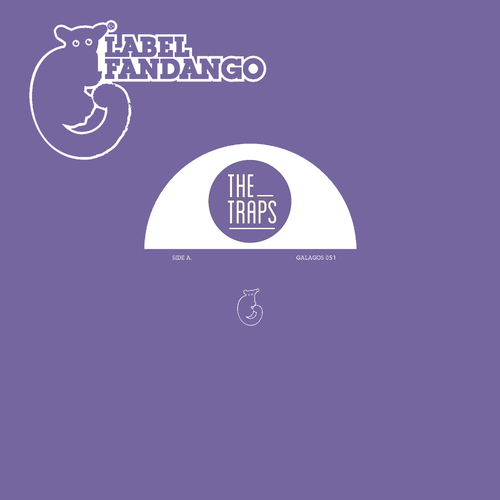 The Traps - Imposter / My Grip

The Truth: THE TRAPS are from Birmingham, Midlandshire. They consist of brothers Jamie Berry (vox / guitar) and Nick Berry (bass / vox) as well as James Minhas (guitar) and Daniel Webb (drums), and have done so since 2011.

Together The Traps make alt.pop music which is muscular, intelligent, throbby, beefy, frequently dominated by Jamie’s mightily deep vocals and occasionally accompanied by trumpets. Late last year The Traps let loose the 'Calypso' album on their own Speech Fewapy Records (think about it), which revealed the singular likes of 'The Honey Drip' and 'Your Headland' and 'Moving Pictures'. You may have heard of these songs by The Traps via the classic outlets of Q magazine, John Kennedy and Janice Long. Or, such is the modern way, you might have encountered their noises through Nivea's 'Say Hello' campaign or the Sony Mobile Entertainment portal.

Either way, impressive form from a band who’ve been doing everything themselves and doing it thoroughly well, because there is a steely DIY determination about The Traps, one which is further evinced by this double AA-side single. The metaphorical A-side, 'My Grip' is from the 'Calypso' album and is their finest moment yet, a great big impassioned blend of New Order synthetics and towering Scott Walker-esque vocals. The non-physical AA-side meanwhile is a brand new track called 'Imposter', which is grand and twanging and impeccably imposing.

"'Imposter' was the first song we wrote after 'Calypso',” explains singer Jamie. “It immediately felt like it was holding the hand of the first record, whilst pulling it towards the light of something slightly new and exciting. The music had a brooding feel to it, which for some reason conjured images of a secretive character that became the subject. The "an imposter keeps his hand quiet" line had been running around my head for another piece of writing I was doing and when working on this song it kept popping back into my head, so I gave into it and it became the name and subject of the song."

The Traps hereby join the bountiful singles club funfair which is '12-for-12', whereby Label Fandango releases 12 singles in 12 months to celebrate Club Fandango's 12th birthday. Felt Tip, Longfellow, Desperate Journalist, Feldspar and I Am In Love are also flossing the candyfloss and dodging the dodgems. It's a fun place to be, in several senses.

Having started 2014 with an appearance at the Buffalo Bar on January 7th for Pandamonium '14 The Traps return to the cockney smoke to launch 'My Grip' / 'Imposter', rather like this...