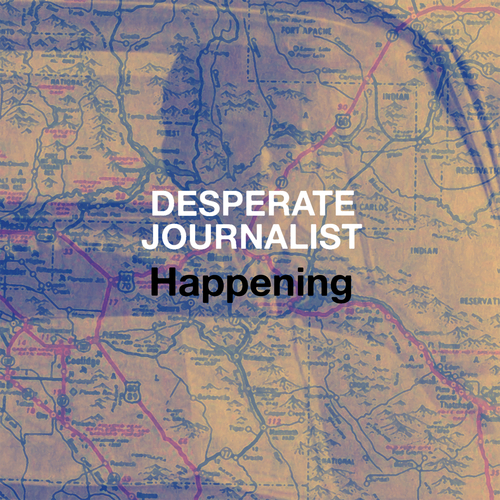 London four piece Desperate Journalist have announced the release of a brand new single 'Happening' on May 5th via Giant Haystacks Records.
Taking their name in homage to the famed John Peel session in which The Cure berated ex-NME journalist Paul Morley for a less than favourable review, Desperate Journalist have spent the past year building a reputation for crafting gorgeous melodies that marry the dreamy haziness of indie-rock with the new-romanticism of 80's UK goth.
Having won over the likes of BBC 6Music's Steve Lamacq and Fierce Panda founder Simon Williams with their hotly-received debut EP 'Christina', the four-piece return this May with the release of their brand new single 'Happening' and a bonus b-side track 'Vengeance'.
While lead track 'Happening' showcases the same glittery guitar notes and pulsating rhythm section that would sound right on Ally Sheedy from The Breakfast Club's headphones, 'Vengeance' highlights lead singer Jo Bevan's voice with a hypnotic bass line that owes as much to early Fleetwood Mac as it does to Siouxsie & The Banshees.
After spending 2013 sharing stages with acts such as Throwing Up, Hatcham Social and Six By Seven, as well as receiving acclaim from Artrocker, The Quietus and Time Out, Desperate Journalist will release 'Happening' on! May 5th, preceding a string of new releases throughout the year.
LIVE DATES
08 May– LONDON – The Black Heart
(single launch show)
10 May – AMSTERDAM – Paradiso
(London Calling)