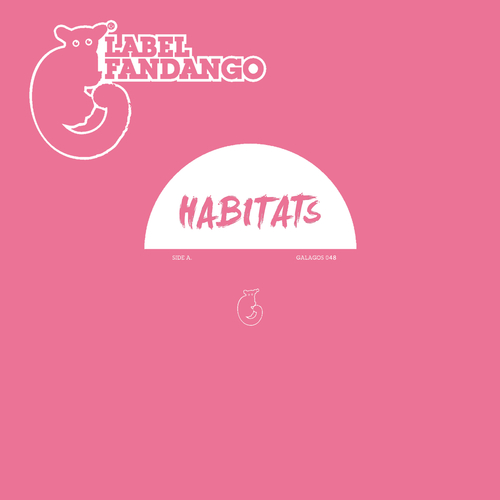 The Truth: HABITATS are a four piece band based loosely in the heart and soul of London and the Hampshire area. ‘Diamond Days’ is their debut single release, and an exotic, hectically sweet-natured debut single it is, too, for these are youngsters who happily align themselves with the modern facebooking fashion for indie / alternative / tropical / grooves. But there’s more to the HABITATS’ musical environment than meets the generic eye.

Throw in half of the band’s penchant for thunderously gnarly beards and HABITATS display a part-Hobbit, part-habit-forming array of sunshine melodies and gently shabby mayhem, as you may expect from a band which thrives on various experimentalisms and arranging traditional vocal harmonies over danceable and catchy beats. Oh, and whose lyrics are “gathered from daydreams”.

Since the release of their first bedroom demo in March 2013 they have secured a deal with Rough Trade publishing, as well as gaining interest from international management teams and various hi-falutin’ labels. Better still HABITATS started 2014 with a slot at fierce panda's cruelly beautiful New Year Pandamonium '14 event at the Old Blue Last alongside the likes of Department M and The Death Of Pop. Throw in recent support slots for JAWS, Animal Kingdom and Superfood at a variety of toppermost venues down south and you sense that HABITATS are a band who are itching to break out of their, well, habitat.

HABITATS will be bringing those influences and inspirations (in no particular order, but hopefully not the full-on naturism bit) to this single launch party here: MAY 5TH LONDON SHOREDITCH Old Blue Last

'Diamond Days' hereby becomes the very first release of the Label Fandango '13X13' (pronounced 'thirteen by thirteen’) singles club which will run until April 2015. Next month sees the climax of the current '12X12' (‘twelve by twelve’) singles club, whereby 12 bands including Felt Tip, Longfellow, Desperate Journalist, DeLooze, Feldspar, I Am In Love and another six combos combined to contribute tunes to Club Fandango's 12th anniversary vibe. Much like HABITATS’ happifying muse, it’s a winning formula…
www.facebook.com/habitatsmusic1