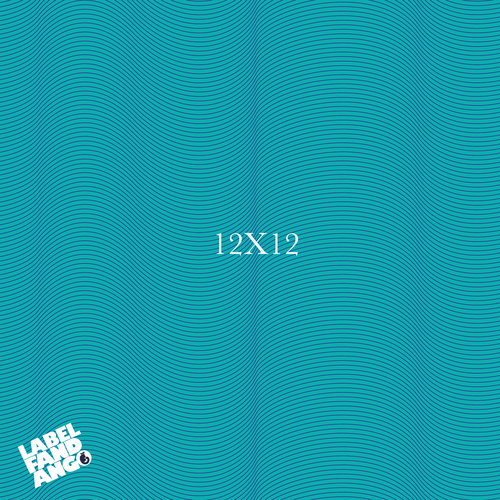 The Truth: In April 2013 delectably semi-delusional promoters Club Fandango turned 12 years old. To celebrate this somewhat surprising event its in-house record company Label Fandango decided to wind the marketing helicopter up to the max and release 12 singles by their very favourite new acts over the next 12 months to celebrate those 12 tumultuous years. Which they duly did, starting last April with electro roustabouts Ed Zealous, dashing through digital singles by The Machine Room, DeLooze, The Hosts, Desperate Journalist, Felt Tip, Department M, Longfellow, The Starkins, Feldspar and I Am In Love and ending 362 weeks later with the brrrrrand new single from rumbling Brummies The Traps.

Throughout the past year those singles have been available as standalone releases or as part of a subscriptions club. That subscriptions club cost £7.99 and now the cheery chickens are coming home to roost because those subscribers get this ‘12X12’ compilation featuring every one of those 12 tracks, plus a bonus album of demos and b-sides from the bands involved.

Some of these songs are meaty. Some of them are beaty. A few are fragile, perhaps even folkie. And a pawful are just damn indie-tastic. What connects them? All the acts have been part of the Club Fandango promoting system, most of these singles are debut releases and all of the songs possess a fierce panache and a cheeky pop sensibility. Not only that, but to celebrate this joyfully communal event a grand total of seven of these acts will be joining forces for a launch party at the Shacklewell Arms on Monday April 21st. Full tracks details below, full gig details belower…

1. ED ZEALOUS 'Medicines' (released April 8 2013) In which four skinny-hipped hombres from Northern Ireland mix thunderous beats with the sweetest of synths and the soariest of choruses. Their debut album, ‘Wired’, was released on February 3rd this year.
2. THE MACHINE ROOM 'Sweden' (May 13 2013) Skygazing sonic popness from Scotland.which is both casually ecstatic and cunningly euphoric. Follow up single ‘Chances’ was released on March 3rd.
3. DELOOZE 'Lost Army' (July 1 2013) Doomed gothic romance from Burnley siren backed by crunchy guitars and alarmed electronics. The DeLooze 'Glass Army' album is released on April 14th.
4. THE HOSTS 'Give Your Love To Her' (July 22 2013) Sheffield retromantics provide a love song with a twist, a bittersweet sentiment and a huge chorus. The Hosts' 'Softly, Softly' album came out on February 10th and 'Give Your Love To Her' is re-released on May 5th.
5. DESPERATE JOURNALIST 'Organ' (November 11 2013) Great big gothic punkpop palavers from two boy / two girl combo suffused with achingly deadpan panda-eyed glamour. Follow up single 'H is out on May 5th.
6. FELT TIP 'Love Or Pity' (November 18 2013) Intensely diginified indie spikings from London trio with a really excellent train in the video. Follow up single 'Milk & Honey' is out now.
7. DEPARTMENT M 'Miscellany' (January 20 2014) Thoroughly warped electronic rumblings from ex-Grammatics soundmeister Owen Brinley. From the mini-album 'Department M'.
8. LONGFELLOW 'Siamese Lover' (January 27 2014) A veritable radio smash from demure South London elt.pop quintet, big on the verse and even bigger on the chorus. Follow up 'Kiss-Hug-MakeUp' is out on May 19th.
9. THE STARKINS 'Roundabout' (February 17 2014) Super-cheeky mega-bouncy indie rockings from Sheffield teen quartet, occasionally compared to Harlow's finest Blind Mice,
10. FELDSPAR 'Young And Invincible' (February 24 2014) Self-proclaimed "indie folk bastards" hit the epic jackpot with firm sense of braces-wearing musical direction and a life-affirming chorus.
11. I AM IN LOVE 'Proposal' (March 3 2014) Hectic electropop loveliness infused with the DNA of DFA and a great big outpouring of melody. Expect a full album later this year.
12. THE TRAPS 'My Grip' (March 17 2014) Giant synthpop sadness from Birmingham with an imposing melodic demeanour. Taken from the album 'Calypso'.